The Roanoke Valley Firefighters Foundation raised a total of $12,520 including incentives on the Rvgives 2020 Day of Giving held on March 18, 2020.  Twenty-seven donors donated $12,020 to the foundation and a additional $500 incentive prize was won during the Nite Owl prize time.  The average donation to the Foundation was $445.18, not including the prize amount which is awarded as a grant from the Community Foundation Serving Western Virginia.

The RVFF finished fourth out of 50 Charities in the small charity category and finished sixteenth overall out of 148 charities who participated. This year was the foundations 4th year participating in Rvgives and it raised its highest total donations yet! This Rvgives one day event accounts for 50% of all funds raised during the year by the Foundation.

The Foundation would like to say THANK YOU to all of our donors who thought about us during this event and we are already looking forward to next year! 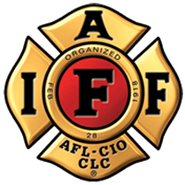